On July 31, 2015, the Company signed a Debt Settlement and Investor Rights Agreement reflecting the previously announced terms of the shares for debt conversion. This transaction received conditional approval from the TSXV, on August 20, 2015 and the Company will seek shareholders of approval at a Special General Meeting to be held on September, 25, 2015 as it is expected that LaSalle Capital Group II-A L.P (LaSalle), will be a "control person" as defined under TSXV policies following completion of the transaction.

"We are extremely pleased with the transactions that eliminates a major amount of the Company's debt," said Zach Mathews, President and Chief Executive Officer of the Company. "It shows a vote of confidence in the Company by LaSalle, a leading U.S. institutional investor, who will be part of our shareholder group and enable the Company to be on a much better financial position and to focus on growing the business and increasing shareholder value. We anticipate that the shareholders will vote for this transaction at the upcoming Special General Meeting on September 25, 2015. At the conclusion of this transaction our debt to equity ratio will improve from 4.36 to 0.83 and our current ratio improves from 1.03 to 1.96".

Highlights (all monetary amounts are in thousands of US dollars) 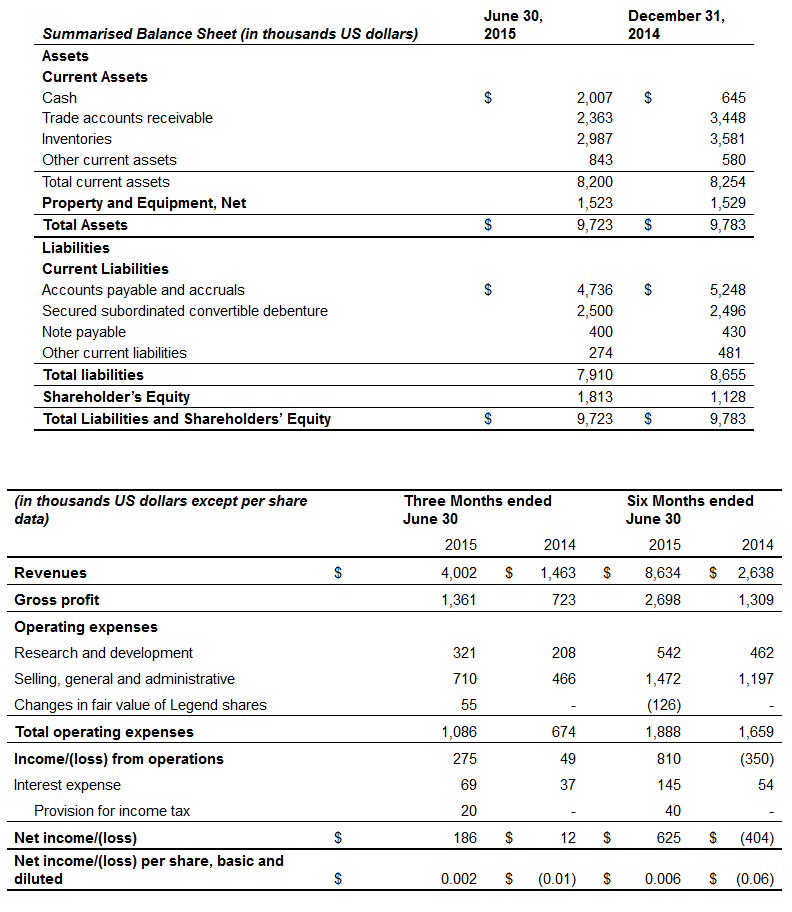 For further information, please contact:
Zachariah Mathews
President and Chief Executive Officer
408-416-4202
This email address is being protected from spambots. You need JavaScript enabled to view it.